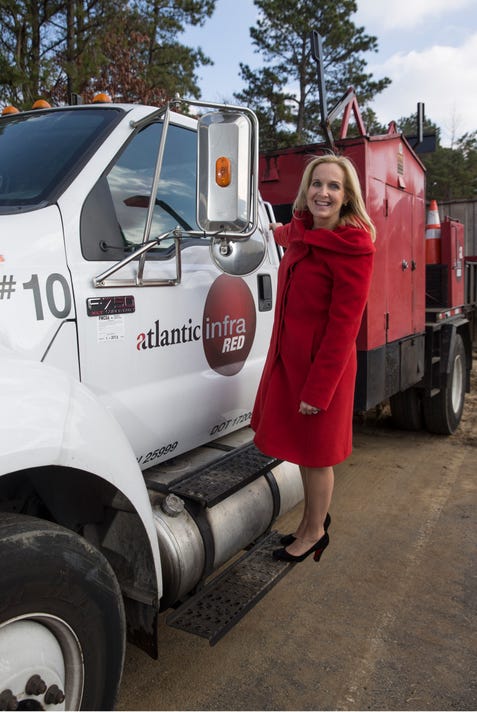 WALL – Marilyn Grabowski walked across Industrial Road in front of her company’s headquarters, looked down, and had grim news to share.

By the looks of things, it was only a matter of time until the asphalt would begin to buckle, forming yet another pothole that would have to be filled.

“They put in a new (natural gas) line and didn’t restore it correctly,” Grabowski said. “Eventually, you’re going to have potholes here.”

Grabowski owns Atlantic InfraRed, a company that fixes potholes for the utilities industry in New Jersey. It makes her a rarity — a woman in the male-dominated construction industry. But she is turning heads, and not because she is always decked out in red.

Her company has grown to 120 employees and $25 million a year in sales. And she was named an EY Entrepreneur of the Year in New Jersey in 2018 by the Ernst & Young consulting firm, the second time she has won the award.

She is trying to convince other women to follow in her path. Observers note she has brought to the table a perspective that was missing in construction.

“Marilyn’s tenacity and passion for her business is remarkable, and her success as a leader is evident by the support and adoration of her team,” said Ed Villa, a partner at Ernst & Young and co-director of the Entrepreneur of the Year program in New Jersey.

“I call it the diversity bonus,” said Dennis Bone, the former president of Verizon New Jersey who is the inaugural director of the Feliciano Center for Entrepreneurship at Montclair State University. 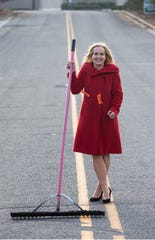 Bone worked with Grabowski when he was at the communications company and found her smart, down-to-earth and sensible. In other words, perfect for a company that was trying to better reflect the diversity of the population.

“If you work with diverse teams and, in this case, contractors, the long-term impact and effect of that is very positive,” he said.

Grabowski, 55, lives in Point Pleasant Beach with her husband, Tom, who fixes equipment at the business. She has two children from a previous marriage, Alli, 23, and Joe, 21.

She founded Atlantic InfraRed in 2002 and offered the industry a technology that could provide a permanent fix to potholes.

Her business is thriving thanks in part to a New Jersey infrastructure that has become a “hidden crisis,” according to a recent report by the state Legislature. The panel recommended New Jersey spend $400 million to begin upgrades.

Grabowski has her eyes on expansion and is determined to make women, who, according to the U.S. Bureau of Labor Statistics, make up just 9 percent of the construction industry, a bigger part of it.

She has attracted talent like Nicole Federico of Irvington, who interned at Atlantic InfraRed and joined the company full time after she graduated from the New Jersey Institute of Technology last year.

She was the only woman to graduate with a degree in construction management technology.

“I was raised by a single mom,” Federico, 25, said. “To me, to see a woman succeed and have her own business … means a lot because I have a role model now that I can look to.”

Grabowski is a trailblazer, for sure, but the more you talk to her, the more you figure out that she is doing exactly what she was meant to do.

She sat down with the Asbury Park Press recently and talked about her career. 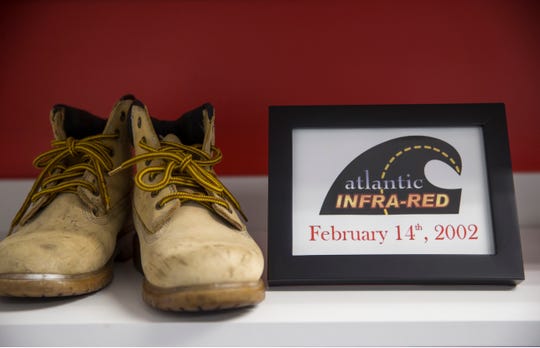 Marilyn Grabowski, president of Atlantic InfraRed in Wall, is winning accolades for her work in a male-dominated construction field. Marilyn has her first pair of workbooks as company owner on display in her office. Wall Township, NJ Wednesday, December 12, 2018  (Photo: Doug Hood)

1. Grabowski had her own role model

Her grandmother, Florence DeRosa, started her own residential construction company in Bergen County in 1957 at the age of 40. Grabowski observed as she rose at 4:30 a.m. and headed to the work site, where she built homes with exquisite detail.

“She taught me anything was possible,” Grabowski said. “She was just lovely. And she had a Mercedes Benz, way back then. So she loved quality things.”

2. The universe is trying to tell you something

On their second date, Marilyn and Tom were talking about construction, when she mentioned her grandmother.

“Remember, Grandma lived 70 miles from the Atlantic Club where I met him,” Grabowski said. “And he said, ‘Mrs. DeRosa?’ And I said, ‘Yes.’ And he says, ‘My dad worked for her. He was a subcontractor. He put the vacuums in the wall for her in all of her houses.’ And when Mrs. DeRosa would call they would get quiet because she was bringing business to the house.” 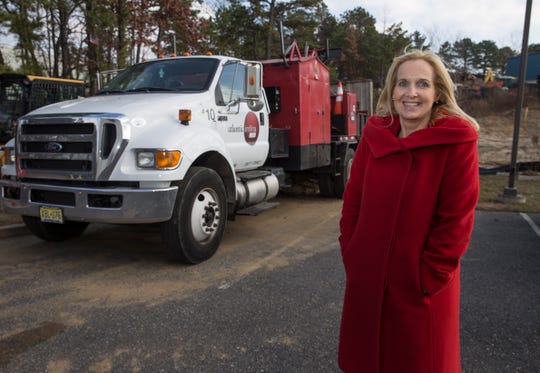 3. How do you market pothole fixes? Pharma, of course

Grabowski was selling medical devices used in open heart surgery in 1990 and decided to get an apartment in Bay Head to be closer to her newest customer, Jersey Shore University Medical Center in Neptune.

She was laid off from her job in 1999, a single mother with two young children. But she hung onto the marketing lessons she learned.

“When you grow up in pharma, you teach the doctor why they should use the product,” Grabowski said. “It was my job to teach the utilities why they wanted to use this product. So I contacted engineers and municipalities and operations people and politicians, and we did demonstrations all over the state how to fix a pothole. If you fix it properly, it’s permanent. So that’s what we did. It was like selling to a doctor why you should use a drug.”

4. Take a small task and do it perfectly

Grabowski networked, elbowing her way into rooms that were occupied by men. She fielded calls from potential customers who expected a man to show up on site.

But her strategy worked. She added a crew for each of the first six years.

“I wasn’t afraid to take little, tiny jobs and do them perfectly, just like my grandmother taught me,” she said. “Details. Do a small job perfectly. Deliver it with quality and excellence. Another job comes, another job comes, and the men in the room are smiling because they gave me $1,000 worth of work. What they don’t realize is how many thousands you now have.”